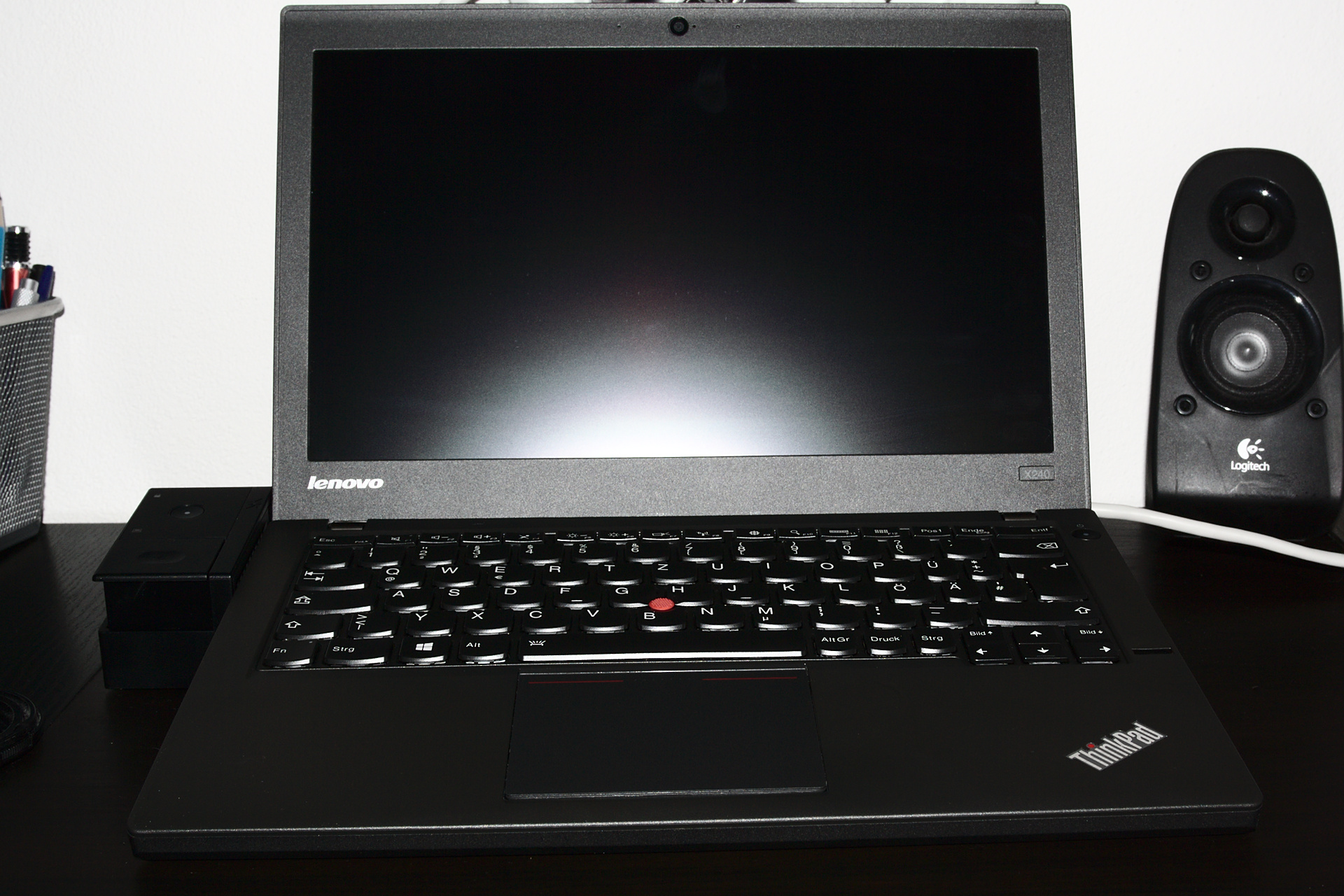 Recently i’ve bought a new notebook. After months of research i finally decided to buy a Lenovo Thinkpad x240. The specifications are quite aẃesome for a notebook for approximately 1000€. The 12,5 inch ultrabook comes with a non-glare 1080p screen, a core i7-4600 cpu, 8 GB of Ram, 256 GB SSD and built-in 3G modem. Because i love to work on a two monitor setup at home, and because of a wide range of additional devices i use in my office, i additionally bought a dock for the notebook.

I was unsure how this setup would work in an Ubuntu Gnome environment. After receiving notebook and dock i just made a BIOS Update (OS independent) and a firmware Update for my dock (Windows only). I was curious on how notebook and dock are working on windows 7. Windows needed up to 10 minutes to recognize mouse, keyboard, external card reader, steam controller and xbox 360 wireless controller. Dissapointing! The Multi-monitor setup was working. But problems occured while removing the notebook from the dock and plugging it back while powered on. Again all USB Ressources connected to the dock needed some minutes to install again. Then i tried out the internal 3G Modem. I chose “bob” from the provider list and… nothing. Windows failed to “configure the APN”.

END_OF_DOCUMENT_TOKEN_TO_BE_REPLACED